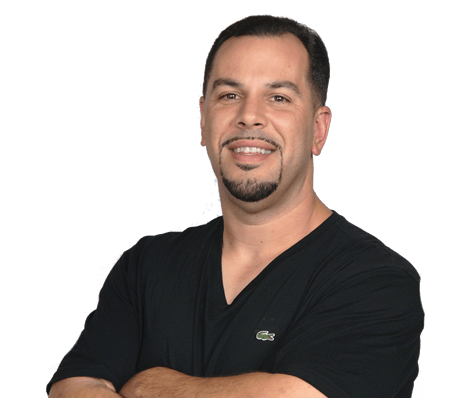 “From a single crown to a full mouth smile design case, we give every patient the same quality and attention.”

For Chris Jones, growth and mastery of his craft has been a continuous process. Chris Jones is a California native who began his career working for a friend’s father’s denture lab in Northern California in 1999. In 2002, he began working as a model fabricator for a micro dental laboratory in Dublin, California and has trained extensively in restorations for neuromuscular cases. Since beginning his career, Chris has been recognized as one of the leading model fabricators in the country. Because of his unique and advanced skill set, many independent and boutique laboratories have sought him out to train their technicians.

Chris Jones and Danny Evanson, the founder and president of Reliance Dental Designs, started working together in 2009, quickly developing a friendship and working relationship based upon respect and appreciation for each other’s skill sets. When Danny founded Reliance Dental Designs, he knew that Chris was going to be essential to the success of the lab and asked him to join the team.

Since joining Reliance Dental Designs, Chris has assumed the role of Lab Manager. In his leadership role, Chris has been reminded of his original passion for crafting excellent restorations and has taken immense satisfaction in teaching and training others. For Chris, every restoration he and the team at Reliance turns creates is an opportunity to improve and produce a “showcase” quality restoration.

Chris attributes his success and his drive to remain in the dental restoration industry to being able to see the impact his hard work and passion has on patients. Being able to witness firsthand the increase in self-confidence of someone who previously could not smile confidently is the most rewarding part of his profession. Knowing that he contributed to making someone’s life better is the ultimate reward.